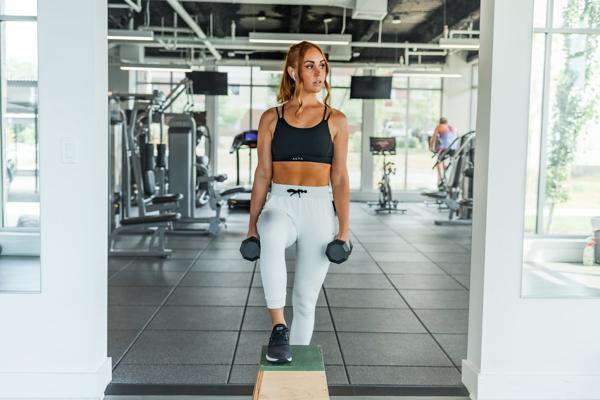 When you think of sushi, you usually think of raw fish with a vinegary topping. Yellowfin tuna is one of the most popular types of sushi fish because it’s not only delicious but also versatile enough to have in many different kinds of dishes. From salads to casseroles and sandwiches, yellowfin tuna is an excellent way to add some variety to your meal plan. But before you dive into that delicious piece of sashimi, make sure you know how to clean and prepare fresh yellowfin tuna so you don’t get sick. Whether it’s for a special occasion or just because, there are few things more enjoyable than preparing your own home-cooked meals from scratch.

Preparing fish can be a little tricky if it’s the first time you’ve done it at home, but it’s not as scary as some people may think. Here are some tips on how to clean and prepare fresh yellowfin tuna properly so that you can enjoy every bite…

Fresh tuna is a whole fish that has never been frozen, while frozen tuna is a product that has been frozen at some point during its production or distribution process. But fresh and frozen tuna can both be used in the same ways, and there are many ways to prepare fresh tuna. When selecting a fresh fish, make sure that it smells fresh, not fishy. You should also pick a fish that has clear, glossy scales and clear eyes. You’re going to have a much easier and safer time cleaning fresh tuna if you have a sharp knife, a pair of shears, a small fish fillet knife, or even just a clean pair of kitchen scissors.

How to Clean and Prepare Fresh Yellowfin Tuna

If you’re using fresh tuna for a casserole or a salad, you can skip this step. But if you’re preparing the fish for sushi or a sandwich, you’re going to need to fillet the tuna first. Tuna is a large fish that needs to be split into two pieces to be properly filleted. Start by placing the whole fish on a clean work surface. Next, locate the spinal column and slice between it and the flesh. Carefully slice the fish into two equal pieces and remove the bones. When filleting the tuna, make sure to keep the skin on the fillet. This will help you keep a firm grip on the fish and make the process easier.

Step 2: Cut the Skin and Fat

The fat and the skin that runs along the top and bottom of the fillet are both unsightly and inedible, but they’re also incredibly easy to remove. Start by using a very sharp knife to cut along the top and bottom of the skin and fat. You’re going to want to cut as close to the flesh as possible without cutting into it. Once the skin and fat have been cut away, use the knife to scrape away anything that’s left. If you’re preparing the fish for a casserole or a salad, you can leave the skin and fat on. For sushi and sandwiches, it’s best to remove it.

Step 3: Slice the Tuna for Sushi or Casseroles

If you’re preparing the tuna for a casserole or salad, you can stop slicing at this point. But if you’re making sushi or a sandwich wrap, there’s one more step you need to take. Start by slicing the fillet into long, even pieces. The thickness of the tuna for sushi rolls will vary depending on your preference, but the most common thickness is about an inch. Once you’ve sliced the tuna, you can either lightly brush both sides with a small amount of soy sauce or leave it plain.

If you’re using fresh tuna for a sandwich wrap, you can stop slicing at this point. But if you’re using shredded tuna, there’s one more thing you need to do before you can enjoy it. Using a sharp knife or a pair of kitchen shears, cut the fillet into thin strips. You can also use a food processor to speed up the process. Once the tuna has been shredded, spread it out on a plate, cover it with a paper towel, and let it sit for about five minutes before using it. This will allow the excess water to evaporate and make it easier to work with.

How to Recognize High-Quality Tuna

The best way to recognize high-quality tuna is to look at the color of the fish. Ideally, it should be bright red and not show any signs of fading. The texture of the fish should be firm, and the flesh should bounce back slowly when pressed against the flesh with your finger. If the fish feels slimy, is soft, or has a dull color, it’s best to pick another piece of fish. Another good way to recognize the quality of fresh tuna is by the smell. If it smells fresh, like the ocean, then it’s a great piece of fish. If it smells fishy, put it back.

To Rinse or Not to Rinru?

If you’re preparing the fish for a salad or casserole, for example, you don’t need to rinse it. But if you’re planning on eating it raw, like in a sushi roll, you should rinse the fish first. The best way to do this is to place a colander inside a large bowl and gently pour water over the fish until it has been thoroughly rinsed. Once it’s been thoroughly rinsed, you need to pat it dry with a clean paper towel. If you’re not eating the tuna raw and you don’t plan on using it right away, you don’t have to rinse it at all.

Most people don’t think about cleaning and preparing their own fish at home, for whatever reason. But it’s not as complicated or scary as you may think. As long as you have the right equipment, like a sharp knife, a small fish fillet knife, or even just a clean pair of kitchen scissors, you’ll be able to prepare fresh tuna in no time. Fresh tuna is a whole fish that has never been frozen, while frozen tuna is a product that has been frozen at some point during its production or distribution process. But fresh and frozen tuna can both be used in the same ways, and there are many ways to prepare fresh tuna.